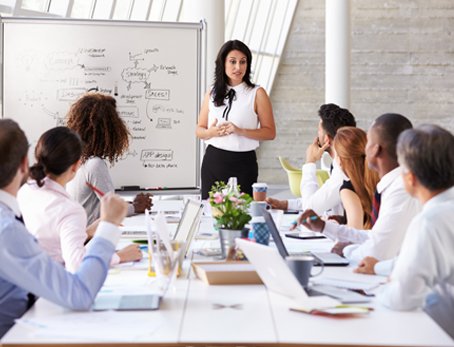 A credit institution from another member state of the European Union may commence activity in Poland in several ways. It may set up a branch in Poland, start cross-border activity, set up a domestic (Polish) bank or acquire an interest in an existing Polish bank.

We present below an outline of the main Polish regulations regarding these issues. The information provided in this memorandum is of a general nature and should not be considered exhaustive.

A credit institution that wishes to set up a branch in Poland must apply to its own (home member state) banking supervision authorities to send notification to the Polish banking supervision authorities. Unless the home member state authorities refuse, they will notify the Polish Financial Supervision Committee (“the FSC”) of (i) the name and address of the branch, (ii) the branch’s activity plan including its envisaged objects and organizational structure, (iii) the name of the director of the branch and his or her deputy, (iv) the credit institution’s solvency ratio and own funds level. Within the following two months, the FSC may set conditions for the branch’s activity. Once this time-limit expires, the branch may be entered into the National Court Register and then become operational.

Credit institutions acting via their branches in Poland enjoy many privileges otherwise reserved for Polish banks. Such branches are subject to Polish accounting regulations. They are also obliged to deposit a so-called ‘compulsory reserve’ with the National Bank of Poland. Their managers need not be Polish citizens or speak Polish. They are obliged to file periodical reports with the National Bank of Poland.

Supervision over branches is exercised by the relevant authorities of the home member state. The FSC may control only compliance with money laundering regulations. If the Polish banking supervision authorities ascertain any breach of Polish law, they notify this to the home member state’s supervision authorities. The FSC may only resort to sanctions under Polish law in urgent cases, for the general good, or if the breach relates to the duty to file periodical reports with the National Bank of Poland, the conditions for the branch’s activity set by the FSC or some payment services legislation.

Based on an FSC permit, a branch can be transformed into a domestic bank.

Cross-border activity may relate to such fields as listed in Annex I to the above Directive, if they are covered by the credit institution’s objects and notified to the Polish authorities. As a rule, credit institutions that carry on such activity do not have banking privileges in Poland.

4. Setting up a domestic bank

As a rule, the number of a bank’s promoters cannot be less than three. However, a credit institution from another European Union member state may be the sole promoter of a bank.

A bank’s promoters must file an application for an FSC permit to establish a bank. The application should provide (i) information on the promoters and their financial standing, (ii) a business and financial plan for no less than three years, (iii) the draft articles of association of the bank, (iv) the intended name, registered office and objects of the bank, (v) the names of the prospective members of the Management Board and Supervisory Board. The promoters must ensure that the bank’s funds and premises correspond to the nature and size of its operations. The prospective President of the Management Board and member of the Management Board responsible for material risk management, must speak Polish, unless the FSC decides otherwise. A bank’s share capital paid in cash cannot be less than the equivalent of Euro 5,000,000. In-kind contributions are possible if they consist of real estate or equipment useful for the purposes of banking activity and represent no more than 15% of the entire share capital. All the contributions should be made prior to the registration of the bank. A bank’s share capital cannot be financed out of a loan or credit or undocumented sources.

Once the FSC has authorized the establishment of a bank, the bank may be established and entered into the National Court Register. Then the bank is obliged to apply for a permit to start its activity. The FSC issues this permit if the bank (i) is ready to commence its operations, (ii) has gathered the required share capital, (iii) is prepared to store funds and valuables as appropriate and (iv) meets the other conditions listed in the permit to establish the bank

The entire process of establishing a bank usually takes no less than half a year.

A Polish bank is subject to the FSC supervision.

5. Acquisition of an existing bank

Any person who wishes to acquire the shares of a Polish bank, on a direct or indirect basis, must notify this to the FSC if such an acquisition results in that person reaching or exceeding the threshold of 10%, 20%, one-third or 50% of votes at the General Meeting or of the share capital. The notification is required also where control of a Polish bank would otherwise be taken over on a direct or indirect basis. The FSC may object to the intended transaction, within sixty business days of receiving a duly filed notification, if the notification is incomplete or the prospective acquirer’s influence could prove disadvantageous to the bank’s prudent and stable management. The FSC may, without objecting to the intended transaction, specify that the transaction must take place by a certain date. In practice, the acquirer is sometimes invited to make certain undertakings to the FSC regarding the bank’s future. If the above procedure is not complied with, the FSC may order the acquirer’s shares to be sold.

The FSC may prohibit exercise of the voting or other corporate rights acquired in the above cases, if the acquirer’s influence could prove disadvantageous to the bank’s prudent and stable management or the acquirer fails to respect its undertakings made to the FSC. The FSC is then allowed to order the acquirer’s shares to be sold.

If shares are acquired or are not sold in breach of the above rules, no voting rights attached to the shares may be exercised unless the FSC waives this restriction.

The acquisition of shares in a Polish bank is also subject to anti-trust notification and a permit from the President of the Polish Competition and Consumer Protection Office is required, if (i) the aggregate worldwide turnover of the prospective acquirer and the bank as well as their affiliates exceeded Euro 1,000,000,000 in the preceding financial year or the aggregate turnover of these entities in Poland exceeded Euro 50,000,000 in that year and (ii) the acquisition of shares would result in the acquirer taking control of the bank. The notification and permit are not required if the aggregate turnover of the bank and its controlled entities in Poland did not exceed Euro 10,000,000 in any of the two preceding financial years. The notification should provide detailed information on the prospective acquirer and its capital group. The relevant procedure takes about two months.

I. Introduction This memorandum explains the rules that guide the Polish courts in determining which state’s law applies to succession matters, such as a will’s validity or determination of the heirs to a deceased person. These rules are currently set out in Regulation (EU) No 650/2012 of the European Parliament and of the Council of […]

Branch of a foreign entrepreneur in Poland